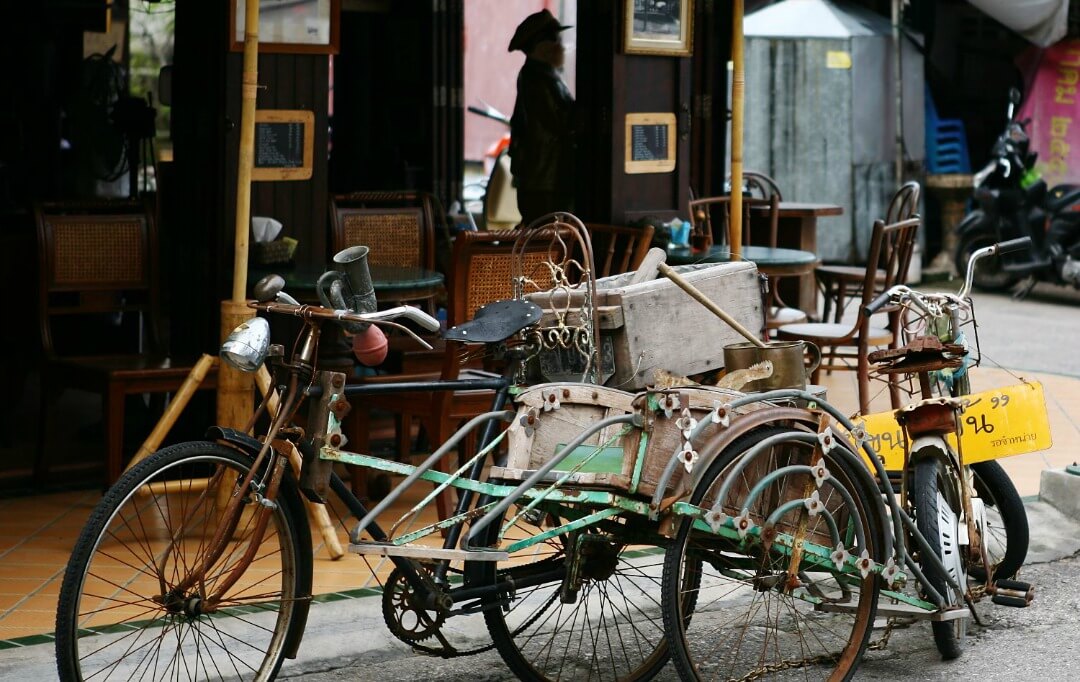 Posted at 17:55h in Blog by thailandtravelbag 0 Comments
Share

Hua Hin is a beach city in Thailand that is like no other tourist destination in this country. Filled to the brim with affluent expats, turn of the 20th century villas and also 1990’s condos, if you choose to stay here you will have an experience like no other. It does have it’s seedy side, it’s tacky souvenir shops and tatty hotels but it is also steeped in history and romance. Here is our guide to the Thai elite’s weekend getaway from Bangkok, Hua Hin.

Due to the large amount of high rise condos, it’s close proximity to Bangkok and its wide arched sandy bay, you might confuse Hua Hin with Pattaya, however Hua Hin has a completely different vibe; an affluent expat community, an art scene and a whole lot less of all things ‘seedy’. It’s a beach city only 220km from Bangkok and while it was overdeveloped in the 1990’s it still retains a charm that other beach cities in Thailand have totally lost. Why? Mainly due to Thai Royal influence.

The Royal Influence in Hua Hin

Hua Hin is Thailand`s oldest beach resort, located on the west coast of the Gulf of Thailand.  At the turn of the 20th century, Prince Chakrabhongse came to Hua Hin on a hunting trip with Russian nobility on the Royal Steamer and liked the area so much he returned to build the first beach villa in Hua Hin. King Rama VI then built a summer retreat here and later King Rama VII built another palace, ‘Klaikangwon’ which means “far from worries”. This Palace is still in use today by the Royal Family. There are also many other beach villas built around this time (1910-1930) by Thai Royals and the Thai Elite, many of which survive and reflect a time when Hua Hin was the number one weekend destination to escape the heat of Bangkok.

The Development of the Thai-Malaysia Railway

In conjunction with royal interest in the area, Hua Hin began to develop in the early 1900s because of the new Thai-Malaysia railway line and the opening of Hua Hin’s train station in 1911 as part of that development. Hua Hin became an ideal stopover on the way to and from Malaysia prior to the launch of sleeper cars.

In 1921 the Director of the Thai State Railway, Prince Purachatra built the famous Railway Hotel close to the beach and also nearby he built Asia’s first 18-hole golf course. From there the popularity of Hua Hin increased dramatically. Opened in October 26, 1922, Hua Hin’s Railway Hotel featured 14 luxury bedrooms, a lobby, lounge bar, restaurant, billiards room and wine storeroom. The building was similar in appearance to the Marukhatayawan Royal Residence in nearby Cha-am and boasted many new European trends such as room service and a European restaurant.

In 1986 the State Railway of Thailand granted the Central Group of Hotels and Accor restoration rights to the and the historical building was preserved including the Siam style exterior architecture, interior decoration and its old lobby. It has also been extended to include more than 200 rooms. Interestingly it was used as the Hotel Phnom Phen in the movie The Killing Fields

Things to do in Hua Hin

The area around the headland in the south, Khao Takiab has a hilltop temple and has become a quiet village where long-stay foreigners have made their home.  On the other side of this headline is a lovely beach and just a little further on, there is Suan Son beach is owned by the Thai army, but open to anyone of the public who want some peace and quiet.

Just north of the main downtown area of Hua Hin you’ll find the very cool bars, cafes, galleries and boutique hotels that have a very artistic vibe. The Hua Hin Arts and Centre is situated in this area in an old house and has a collection of many contemporary works of Thai artists, as well as antique Thai furniture and pictures about Hua Hin’s history.

Should I go on holiday to Hua Hin?

The locals are extremely proud of their heritage and Hua Hin can offer visitors a real glimpse back into Thailand’s history with its old colonial buildings, fishing heritage and quaint streets. There is also a lot of nature to be seen just a short drive away such as Sam Roi Yod National Park and there are plenty of activities to do for people of all ages. However, the town is very busy not all the development is pretty. There are more than 450 hotels in the area so that will give you an idea of how busy it gets in high season. Hua Hin still caters for those looking for pole dancing and the like too. However, if anyone in your group loves golf, history, beach time and hustle and bustle, and a great expat vibe then you should give this place a try. There is also an excellent selection of villas for rent in Hua Hin which can be very affordable.