Getting the best of Khao San Road 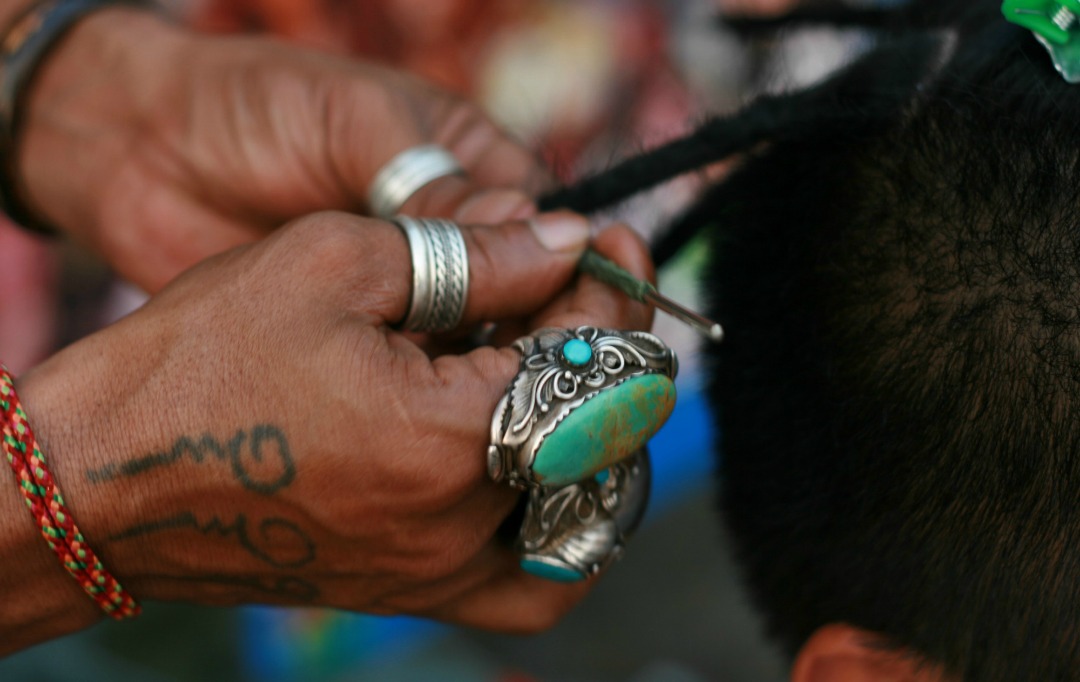 22 Feb Getting the best of Khao San Road

Posted at 20:40h in Blog by thailandtravelbag 0 Comments
Share

The famous Khao San Road has become a backpacker’s paradise, with cheap and friendly guest houses/hostels, street food, cafes, bars and rowdy nightclubs. It’s not the real Thailand, but it’s pretty much unmissable in most people’s eyes because it’s just such a famous little road.  Everything you could possibly want as a backpacker/traveller is here; it’s a great place to party and meet fellow travellers who are usually on their way south to the islands.  Here’s how to get the best out of staying in Khao San Road and how to find some authentic areas nearby. There’s a handy map at the bottom too.

Khao San Road is located a block away from Chao Phraya River in the area of Bangkok called Rattanakosin which is in the heart of the ‘old city area’, known as Banglamphu. ‘khao san’ means milled rice and the road was thus named due to the role it had in the rice trade from the 19th Century until the 1970’s.

Khao San became famous internationally when hippies in the 1970’s stopped off here while making their way along the four Ks of Kabul, Kathmandu, Khao San Road and Kuta. The first official guest house called Bonny, opened in 1982 but now the Khao San vibe has spilled over the entire area with hundreds of places to stay, eat, shop and party. There’s even some 5 star hotel action near the river.

The area has become an actual tourist attraction rather than just a place to stay due to the novel and movie “The Beach”  set in the early 90’s but it has come a long way from how it was represented then. Accommodation all used to be basic but now many guest houses have upgraded, funky fresh hostels have opened and there are quality hotels now too.

There are some great bars and clubs actually on Khao San Road but here are 4 more quality live music venues and clubs nearby. Each has has link to their Facebook pages.

Where to eat good Thai food near Khao San Road

The international mix of travellers means that if you are craving cheap international food, particularly Middle Eastern, or Indian this is the place to come. You can even find Burger King, McDonald’s and Subway here. However, the road has a reputation for poor quality Thai food but I would just call it distinctly average. You can find really authentic Thai eating places very close by if you know where to look.

Getting to and from Khao San Road, Bangkok

While the Skytrain is the most convenient way of getting around Bangkok, there is no connection to Khao San Road or to anywhere else in that area including Wat Arun and The Grand Palace, so your choices are boat, bus or taxi.

The bus system in Bangkok is not easy to navigate but is very cheap, usually around 10 baht per trip. Here are some useful bus lines for travellers at Khao San Road:

Some taxis will try to charge you an expensive flat rate to take you to Khao San Road but the meter is always cheaper. The majority of taxi drivers are reasonably honest, though, so opt for a taxi instead of a tuk-tuk and make sure the meter is on before you get in. Most trips will cost you less than 100 baht unless you are going to either of the 2 airports which on a meter will be about 300-400 baht maximum.

Be wary about taking a tuk-tuk very late at night to a nightclub of the driver’s recommendation because there are several scams that you could unwittingly get involved in.

Should I stay in Khao San Road?

If you’re young, on a budget and looking to mingle with other backpackers, staying around Khao San is a no-brainer, but keep in mind that there are other parts of Bangkok that have some budget places to stay and have travel agents, fun shopping and bars nearby etc. Why not stay 2 nights in the Khao San area and visit all the tourist attractions near the Grand Palace while you are there and then spend a few nights in Sukhumvit or Silom to see the real Bangkok and also go shopping in the malls. 1 night in Bangkok is simply not enough!